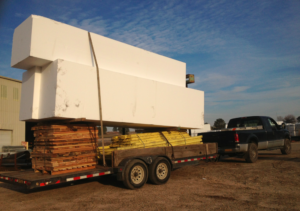 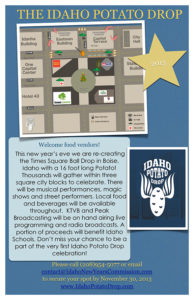 Another awesome meeting at KTVB today. Thanks to KTVB G.M. Doug Armstrong for setting aside personal time to focus on the success of the New Year’s Eve Idaho® Potato Drop. We had a great tour of the inner workings and even sat in-studio and watched the news live! It’s a nice feeling to know the leader of a national top 4 media group is in your corner! 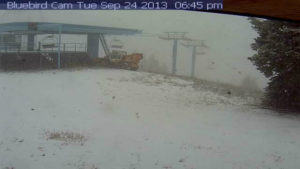 Do you want your business to get a huge end of the year boost and a great start to the new year? Inquire about how to become a part of this iconic annual new year’s event by calling (208)954-5077 or send an email to contact@IdahoNewYearsCommission.com 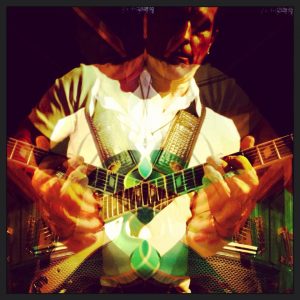 Steve is an American singer/songwriter from Boise, Idaho; who performs under the stage name, SFM-Steve Fulton Music. He has performed all over the country for the last 20 years touring with his band and as a solo artist. Steve writes all his own material and plays Guitar and Piano as his main instruments and Sings all the lead vocals. He can play solo, duo or with a full band.

Personal
Steve’s main passion is his music but also puts a lot of effort into mentoring and helping youth through music. He has been a part of several youth programs through the years including ‘Community Youth Connection’, Teaching summer music courses at Foothills school and mentoring through internships at his recording studio Audio Lab.

Business
Steve has been owner operator of Audio Lab Sound recording studios since 1992. He has recorded everything from metal to folk! Steve has produced countless records for indie artists from the region. www.audiolab.org
Steve is also a partner in Visual Arts Collective a multi-use performance arts space.
www.visualartscollective.com
Steve is on the Board for Boise Community Radio www.radioboise.org

CONCERT & EVENT PRODUCTION MANAGER-
Since 1996 Steve freelanced as a PM and worked with such artists as Eric Clapton, Moody Blues, Steve Miller, Cheryl Crow, Santana, John Mayer, Styx, Journey, Michael Franti, Rod Stewart, Warped Tour, Carrie Underwood, Tori Amos, Jewel, Bob Dylan, Willie Nelson, and mnay many more.
Discography
House of Hoi Polloi: Steves Band from 1989-2002
1989 ‘Hoi-Polloi’ – Self Titled first release.
1992 ‘The Gray Album’ – sophomore release
1994 ‘IT’ – biggest selling release, now band is referred to as House of Hoi Polloi selling nearly 10,000 copies.
1996 ‘Mighty’ – showing much diversity in the band and getting a substantial amount of regional airplay and label interest.
1999 – ‘A Million Chameleons’ The most ambitious album to date
2009 – House of Hoi Polloi reunion Live CD – The band split up in 2002 but had a reunion and released a new recording of Live Material
SOLO:
2000 – ‘Chakra Mission’ – Steve releases his 1st Solo record opening for Tori Amos at the Idaho Center for 3000 people
2005 – ‘Said & Heard’ – Steve is developing his solo sound with a more produced critically acclaimed CD.
2010 – ‘THE DAY’ ~ SFM-Steve Fulton Music Live In Studio Session CD
AWARDS:
Steve and his band House of Hoi Polloi were voted vest band in Boise, Id 7 years in a row from 1992-1999 by three different publications, the Idaho Statesman, The Boise Weekly and The Idaho Press Tribune
in 1999 Steve was honored with
– the 2009 Mayors Choice Award for Excellence in Arts
– The Idaho Commission on the Arts ‘Fellow Ship Grant’ in Performing Arts

We are pleased to announce the “New Year’s Eve Idaho® Potato Drop®” is in full production. We will be lowering a large scale lit-up potato from one of the tallest buildings in downtown Boise to commemorate the new year and Idaho’s sesquicentennial. FREE Live music on two sound stage will fill the streets, spanning the Grove Plaza through the 8th street promenade. Bouncy houses, magic shows, street performers and local food vendors will make this the best new year’s eve party Boise has ever seen!
A portion of proceeds from this event will be donated to Idaho Schools and the American Red Cross.

Our exclusive partner KTVB will be on hand, as well as Peak, broadcasting live with their variety of quality stations.

Please help us bring this free and charitable community event to life by becoming involved and spreading the word!

With summer wrapping to a close, we are gearing up for the most exciting new year’s eve party to hit Boise in years! If you would like to get your comapany involved please email us at Contact@IdahoNewYearsCommission.com or call (208) 954-5077.

So we donated a brand new hunting bow to their upcoming raffle. Check out their list of great prizes you can win! Click Here! 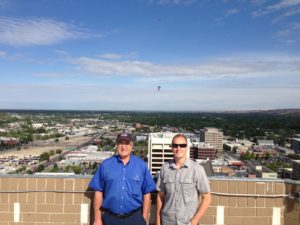 A BIG thanks to Gary and Kyle for helping us figure out how this crazy idea is gonna work!

We are pleased to announce our newest affiliates, KTVB and Peak Broadcasting.  Stay tuned to Idaho’s news channel 7 and Peak broadcasting stations for announcements!

We have secured the Grove plaza and are planning to drop the potato from the largest building in down town Boise! We are also in talks with some of the most sought after musical acts available… Stay tuned for details!

Happy New Year Boise, Idaho! We all made it through a challenging year and a world apocalypse.. we can all take a deep breath and focus on the wonderful things to work toward this year. We would like to take this opportunity to thank wonderful people at City Hall for helping make this grandiose dream a reality. The Idaho® Potato Drop will be the most exciting and widely sensationalized event in Boise’s new year’s eve history! So many thanks to the mayor’s office, CCDC, ACHD, BPD, city clerk’s office, city parking services, BCFD, and CDHD. We look forward to 2013 and embrace it with hope, prosperity and integrity.